In the early days of the internet, search engine optimization tools (SEOs) were grouped into two basic categories: white-hat and black-hat. The differences between the two have changed over the years, and many people have one clear bias towards one or the other, but with no real understanding of why. This article will break down what the actual differences between the two are, and how they can both be used. 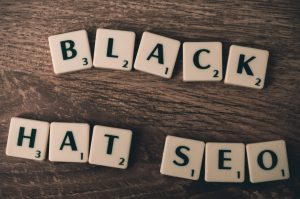 What is White-Hat SEO?

This type of SEO adheres to Google’s SEO guidelines and is compliant with any version of Google (even future versions). White-hat SEO encompasses tools and tactics such as high-quality content, positive user experience, and appropriate keywords. It also utilizes tools that allow Google to crawl and index your website (such as robot.txt).

Google and other search engines like white-hat tactics. That automatically is a good thing since it is the search engines that you need to appeal to. Since they follow the guidelines desired by the search engines, these tools are also effective for the long-haul and will mean less constant maintenance to your website. 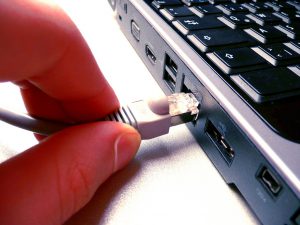 The only real “problem” with white-hat tactics is that they may be less effective that black-hat tactics at garnering large amounts of traffic in a short period of time. As already mentioned above, however, the tactics are the most effective for longevity.

What is Black-Hat SEO?

Like many black-hatted characters from TV, comics, or our imaginations, black-hat SEO does things not entirely the “appropriate” way. These tactics are outside of what Google suggests and is often seen as breaking the “rules” of search engines. Some of the tactics that fall under black-hat SEO include hidden text, cloaking, duplicating content, purchasing links, and more. These tactics are seriously frowned upon by search engines.

Black-hat tactics are very effective at quickly reaching the top of the search results and grabbing new visitors. They also tend to be cheaper. They can be defined as the “get-rich-quick scheme” of SEO. The perks of all these tactics are really limited to short-term gains.

Search engines tend not to favor any website utilizing these tactics. For example, you can easily link multiple sites back to your own by loading your links with the right keywords. This will work and will be really effective at increasing your traffic, but once Google or the others catch on, your website will seriously be devalued.

In sum, white-hat tactics are looked upon more favorably because they are in fact preferred by the search engines themselves. If you want to play the game, then you better play by the umpire’s rulebook, and not your own.