Every time you see your favorite YouTuber or Instagram influencer, you are more often than not watching an advertisement for some product, unless explicitly stated otherwise. Nowadays, most paid advertisements have to include the obvious paid for or paid promotion notification, which helps you spot the advertiser immediately.

However, influencers and people with a lot of following in a certain industry are more likely to get products, which is a normal part of marketing. With the trend of influencers becoming advertisement tools, a question comes to mind. Will they become a main part of marketing, overtaking other forms of internet marketing? 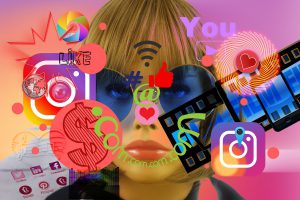 The very word influencers suggest some people that have influence over others. When watching reviews, we often trust the person who we are watching, to give us their frank opinion about a subject. Some wrap it into more advertising, PR friendly lingo, while others are completely unhinged and even add swear words to make their statement clearer.

Given their traction, and that some influencers have millions of views on a single video, for example, when Samsung or Apple drop a new flagship, it is only natural that these companies will turn to people with lots of attention.

Sometimes, influencers with a smaller following contact companies and ask to have the products delivered to them for review. This is good for both the company and the influencer, which is why it is a symbiotic relationship. The marketing goes both ways.

What About Other Forms of Marketing? 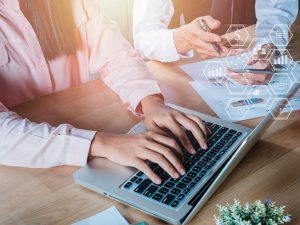 If you have ever been interested in a product, it is more than likely that you have run into it more than once on the internet, particularly if you are not using ad blockers. Talking about a product, viewing videos and searching for something inevitably ends up with you seeing advertisements for that product or similar products, or products from the same company.

Marketing is a very complex and large scale thing, and only a select number of companies can afford to pay influencers and send products their way. Smaller companies and businesses have to use standard PPC marketing, SEO and email marketing. Large companies also do this, but they have more money and resources, which is why their marketing campaigns are more complex.

Will Influencers Be Getting Even More Attention?

It is possible that influencers in the future will play a larger part in online marketing. However, there is one issue: The issue of payment. The influencers have to be paid or they have to have some contract with a company, but many companies mistreat them and leave them unpaid. There have been more than enough reports of influencers being stuck in contract hell with notorious companies, small and large.

It is safe to say that influencers will be a part of marketing in the future, but they will definitely not be the only online marketing tool.

Influencers are important because they help us learn more about products and they help boost the sales of the said products. While likely to be more prominent in the future, they will not be the only solution for online marketing.