You may have come across the term “The Dark Web”. It is a notion that there is a lot more of the internet beneath the surface that we usually access. In fact, websites on the Dark Web are encrypted and can’t be accessed via your usual browsers, like Chrome, Mozilla or Safari. It is very easily comparable to an iceberg – usually, it is the largest part that is unseen.

Even though it can be used for completely legal things where you just want to keep your anonymity, like some harmless online sports betting, it regularly attracts many criminals and criminal organizations – the anonymity of this internet underground allows users to perform various illegal activities, including illegal gambling, smuggling, unlicensed medical practices and more.

We are going to discuss the Dark Web, how people usually access it as well as what it is generally used for. We must urge you to carefully consider before entering the Dark Web, as it can be dangerous.

There are many uses for the Dark Web, so we are going to list a few. Again, we must insist on caution – visit the Dark Web at your own risk.

The Dark Web is full of websites that are, in their core, illegal e-commerce networks. This is what the Dark Web is mostly known for. They function pretty much on the same principle as other trading sites, with the exception of purchasing goods or services that are illegal.

It is possible to purchase narcotics, human body parts, weapons, slaves, underground pornography, endangered species, and software designed for a specific purpose. It is also possible to hire a professional hitman, kidnap someone, or pay someone for a full-on search of someone’s life. Users, as well as service providers, are either given rating systems that evaluate the person’s level of professionalism, or the deals are made on message boards. We understand that some of our readers are curious, but we must advise against visiting such sites.

Sometimes the content you want or need is not readily available to you. This could happen because of complex political fluctuations and relationships between some countries. Another reason behind this is the political climate of one’s own country, which could potentially be totalitarian. 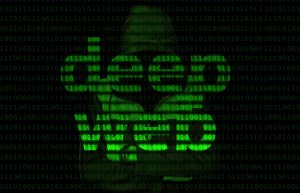 Education is also one of the things that take the heat in certain areas. So, textbooks, tutorials, and documentaries are also on the list of things that can be found here. They can either bought or downloaded for free.

Since there is a lot of everything online, it is possible for you to access news, political talk-shows, TV shows, textbooks, instructional videos and tutorials, and many other things that, for whatever reason, you can’t access normally. There is also a huge chunk of piracy involved, since, technically, people are legally denied some of their rights.

Just like in the previous section, in totalitarian regimes, it is difficult, if not impossible, to communicate with someone practicing free speech. There are many channels used for simple conversations, political propaganda, and arranging meetings – all done by people where their government is either closely monitoring their behavior, or not allowing the internet altogether (if not both).

How can one access the Dark Web? To get there, first, you need Tor, which used to be an acronym for “The Onion Router”. The onion is chosen because of its layers, much like the encryption of Tor. There are several layers of it, as well as websites on the Dark Web, preventing either party from finding out too much about the other. A side-effect of Tor is that it acts in many ways like VPN. It hides your IP, so it is easy to view content that isn’t normally available in your country.