Music artists, the film industry, the game industry, and many other areas lose a lot of revenue due to piracy. Internet users around the world obtain copyrighted content without actually paying for it. This piece covers internet piracy. Is it stealing, opportunistic, or immoral, and what influence does it have?

The origin of piracy stems from the word “pirate”, a term denoting a naval thief and killer. In modern times, piracy has taken on many forms, like copying movies on VHS tapes, CDs, DVDs, Blu-ray and, finally, the internet. It isn’t just the movies – any type of digital media is subject to piracy, including music, games, textbooks, TV Shows, documentaries, e-books, audiobooks, and so on. The list is endless.

Why Do People Do It? 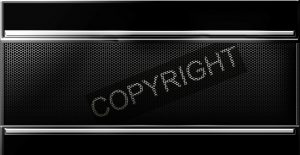 Piracy is akin to theft. It often comes from the desire to own something that you don’t have without any investment on your part. About twenty-five years ago, it wasn’t uncommon for a person to rent a music album or video, copy it at home, and return it to the store. Many games are copied since there are people of all ages that don’t see the point in paying for merchandise you can get for free. Sometimes, people don’t even realize that what they are doing is illegal!

Usually, torrent sites are used – websites that establish a sort of bridge between the holder of the original and the individual looking to download a piece of media. The files become easier to download if there are more people who have made their copy available to others. These websites and their server holders often face legal action and they tend to move a lot.

There are times, though, it isn’t the simple greed that motivates someone to use piracy to get something. It is also the lack of opportunity to obtain it otherwise. Let’s say that you want to watch a season of a TV show that has not been on the air for over 40 years. Where would you buy it?

What if you want to educate yourself, but there is simply no way for you to get the appropriate textbooks? This happens when the government or the manufacturer don’t make the product accessible in a particular region. Additionally, there are individuals and groups that don’t believe in copyright, demanding open and free content for everyone everywhere. It is also a form of social rebellion against companies and corporations. 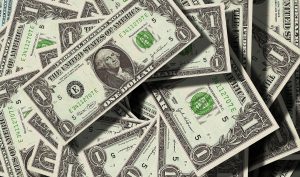 The movie industry in the United States loses roughly $20 billion. The music industry is slightly better off with a little over $12 billion. It is easy to just say industry and not think about it further, but it’s not just the movie, music and game companies that are denied revenue.

Money lost affects the distributors, retailers, sponsors, and anyone who profits from the industry. This includes the IRS – it is hard to imagine the amount of money that would have gone into the economy of the US in the form of taxes.